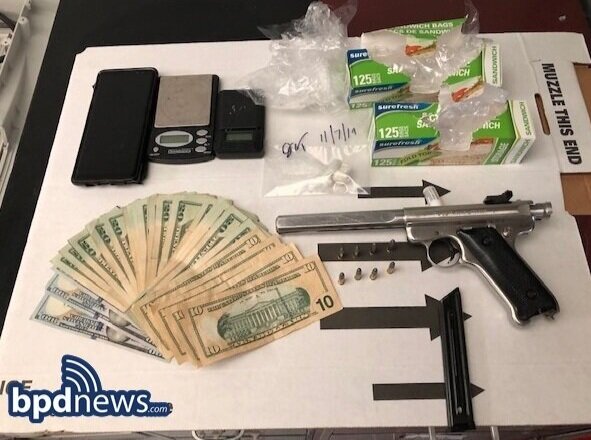 At about 9:35 AM on Thursday November 7, 2019, officers assigned to the District E-18 (Hyde Park) Drug Control Unit arrested Edwin Dume, 28, of Hyde Park, during a drug investigation in the area of Austin Street in Hyde Park. The officers simultaneously executed search warrants for both the suspect and his residence which led to the recovery of 5 small plastic bags of crack cocaine from the suspect along with a loaded .22 Ruger handgun, $870.00 in U.S. Currency, 2 digital scales, plastic baggies and other drug paraphernalia from inside his apartment. The suspect was placed in custody on scene without incident and will appear in West Roxbury Court on charges of Unlawful Possession Firearm, Unlawful Possession of Ammunition, Possession of a Large Feeding Device and Possession with Intent to Distribute Class B Drugs.

Source: BPD News Suspect in Custody After BPD Investigation Leads to the Recovery of Loaded Firearm, Drugs and Cash in Hyde Park